THE END OF WAR 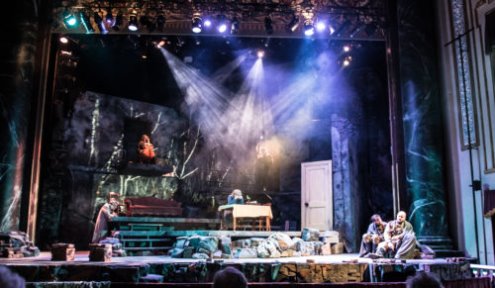 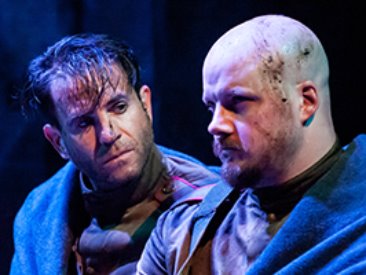 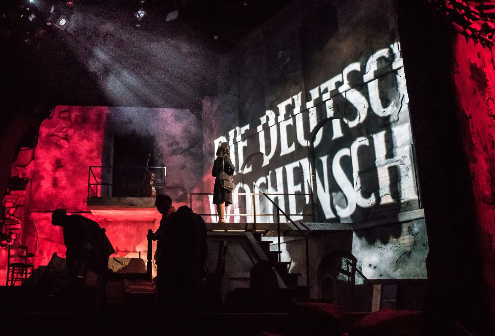 ​Here’s an audio interview with Public Radio about the play, focusing on the music and the live onstage cellist employed in the production.

The following is the author’s note from the original playbill:

When I set out to write the novel, The End of War, the source material for this play, I had in mind a Greek tragedy. The book was designed to mimic classic theatrical structure: three Olympian gods (in this case, Churchill, Stalin and FDR) who decide the fates of men; then three chosen mortals (in the novel, one American combat photographer, a female cellist in Berlin, and a crazed Soviet soldier) live out the Olympians’ intents on the earth. I took pains to make the book authentic, using much historical fact; these include several topics you’ll see in the play, such as the actual plot to save the Berlin Philharmonic Orchestra from the last days of the war, the real threat to Berlin’s women by the advancing Red Army, and the tragic choice made by many of the city’s women to take cyanide tablets – made available by the Nazi Youth – rather than face the coming wrath of the Russians.

When the time arrived to adapt my novel for the theatre, I jettisoned much of the book’s structure – the Olympians, the iconic politicians, several fictional characters – and concentrated on the story’s core, the terrible history of the fall of Berlin. I centered the piece on a few viewpoints: two women struggling to persist in the final cataclysm of the German capitol, a lone Jew hiding his sacrifices and loss, two Red soldiers driven to the brink of madness by the horrors they’ve done and witnessed, and Berlin itself, “torn down to its skeleton.” The play focuses on the fears and hatreds of both sides, on insanity balanced by courage, and the desire to survive tempered by selflessness. The violence and cost of that war was, in every measure, unimaginable by modern standards, yet they became commonplace. This stands as a warning for modernity.

I have tried to put for you a museum on the stage, a timepiece of peril, endurance and immense grace from a war long behind us, told by characters who should seem as frightening and challenging as they are contemporary. I ask you to measure what you see, inquire of yourself what you might have done in these circumstances. Ask what you would do today, and if you are honest, our play has done its work.

THE KING OF CRIMES

War Of The Rats
Scroll to top